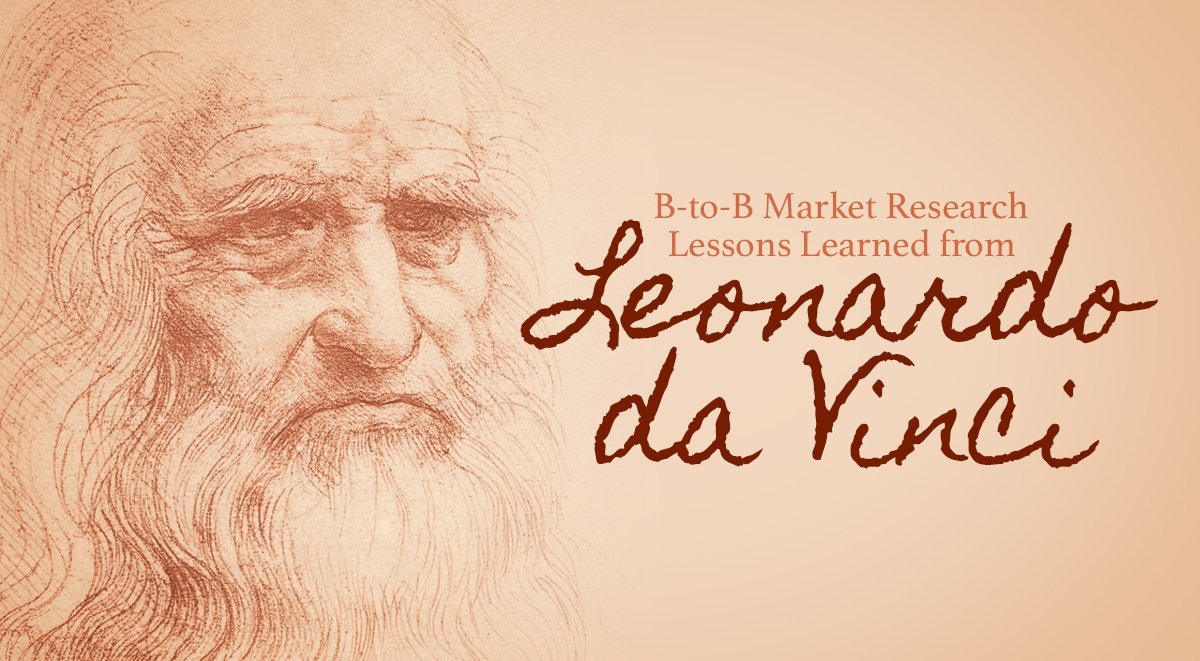 What can market research learn from Leonardo da Vinci?

The best B-to-B Market Research, at its heart, fills knowledge gaps across the spectrum of business decisions using empirical methods.  This elite form of research distinguishes itself from secondary research and Google searches because it has a defined scope, has a defined population, and describes the methodology and process used to create the results.  The best B-to-B research methodologies have proven themselves over time as the results can be recreated.  Leonardo da Vinci invented the empirical methods that the best B-to-B researchers use today, and we can use parallels between Leonardo’s thinking over 500 years ago and today.

Leonardo Da Vinci, by Walter Isaacson, gives us some sage advice on how we can emulate and find inspiration from one of the greatest innovators in history.

Here are the top 9 research lessons learned from Leonardo:

People can surprise us; they change, they purchase for one reason today, then another tomorrow. They find particular styles fashionable at one moment, then they move on to something new – often before you’ve had a chance to capitalize on the first trend. New technology can change everything in an instant.  Great B-to-B research ultimately should bring an element of timelessness, just like Leonardo da Vinci’s work and methods have lasted many centuries.